Please note that to run virtualization under Windows, you will need to enable hardware virtualization support in your computer’s BIOS. This setting is usually under Advanced Settings. Following is a list of requirements from Microsoft to run Hyper-V: 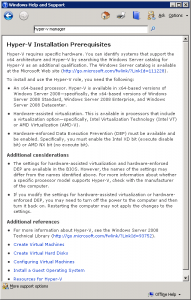 To install the Hyper-V Manager for Windows 2008 Server, open the Server Manager by selecting Start – Administrative Tools followed by Server Manager to bring up a screen similar to the following: 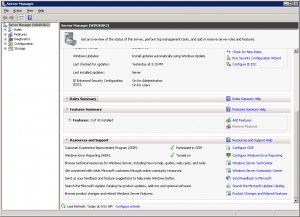 Under Roles Summary, click on the down arrow to expand this setting: 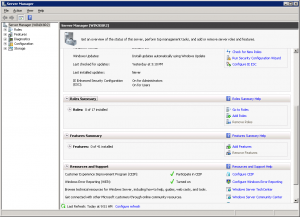 Select Add Roles to bring up the following screen: 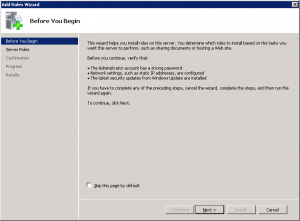 Select Next to bring up the following screen: 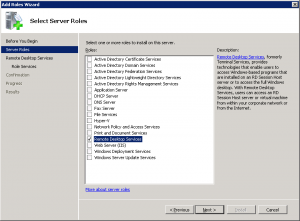 On the Server Roles page, select Remote Desktop Services to bring up the following screen: 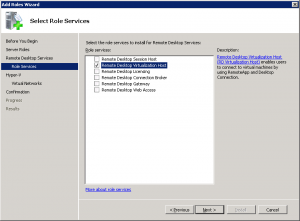 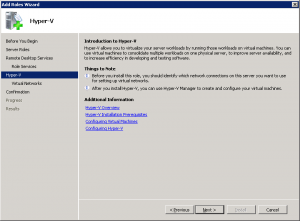 When on the Hyper-V page, select Next: 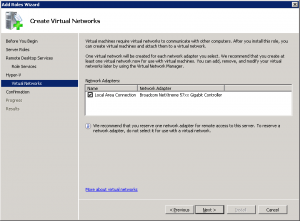 On the Virtual Networks page, select the network adapters that you want to make available to your Virtual Machines and select Next. 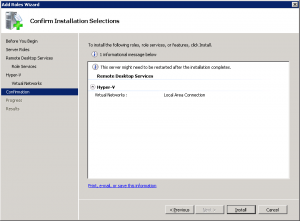 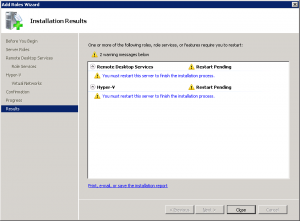 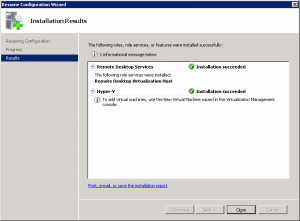 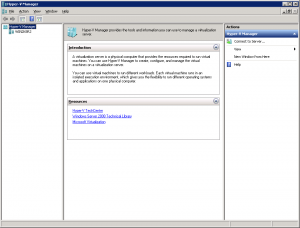 Following is a good reference in Windows 2008 Server Help that provides information on the steps we performed to install Hyper-V: 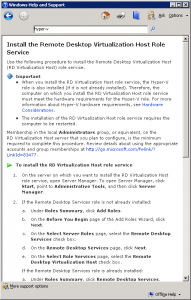 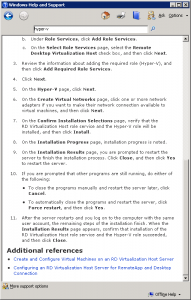