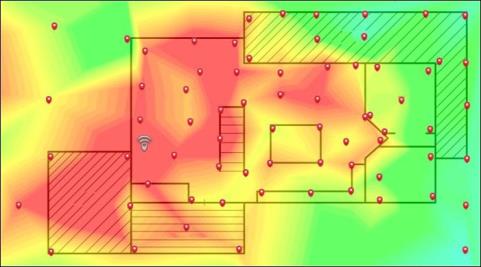 Many people think wireless heat maps are the solution to wireless problems. Read to see why they are wrong.

Many technicians and IT personnel think wireless heat maps are accurate and provide a good source to determine if the wireless in a particular location is working well. As a consultant working in the wireless industry for over 20 years, I cannot tell you how many times a customer has insisted on a heat map when they have wireless problems. This article will provide an explanation as to the problems with wireless heat maps.

The Issue with Wireless Heat Maps

Heat maps are not entirely useless but are only one small piece in troubleshooting or ensuring that a wireless network is performing correctly. Furthermore, there are better tools out there to test signal strength or connectivity.  If you are running into wireless issues, it is recommended that you work with someone who has expertise in the design and implementation of wireless networks.